Satisfying the Hunting Instinct Through Play 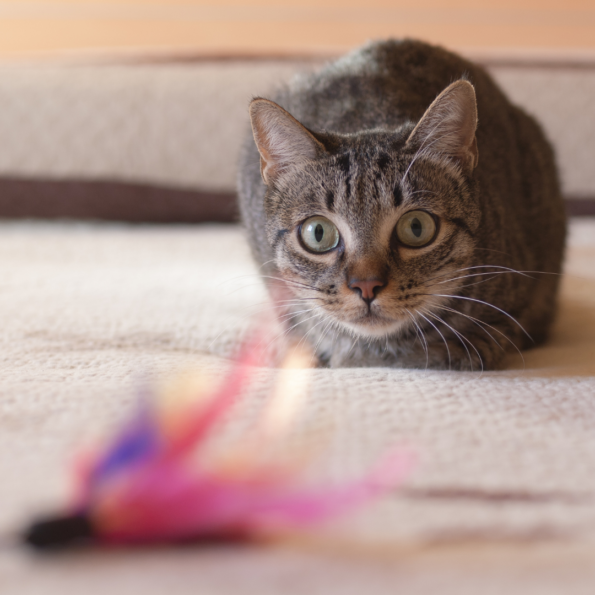 Cats of any social status may experience a great deal of stress when there are insufficient outlets for their instincts to hunt, kill, and maintain territory.  Cats need to hunt.  In nature, whenever felines are not sleeping, they need to be on the lookout for prey and predators in order to survive.  Cats are meant to be hunting about 12 hours per day and are wired to be mentally active and engaging all senses whenever they are awake.  Without an outlet for this instinct and mental activity, cats may become filled with pent-up stress and energy which they may take out on housemates or furniture.

Cats that do not get to hunt may: 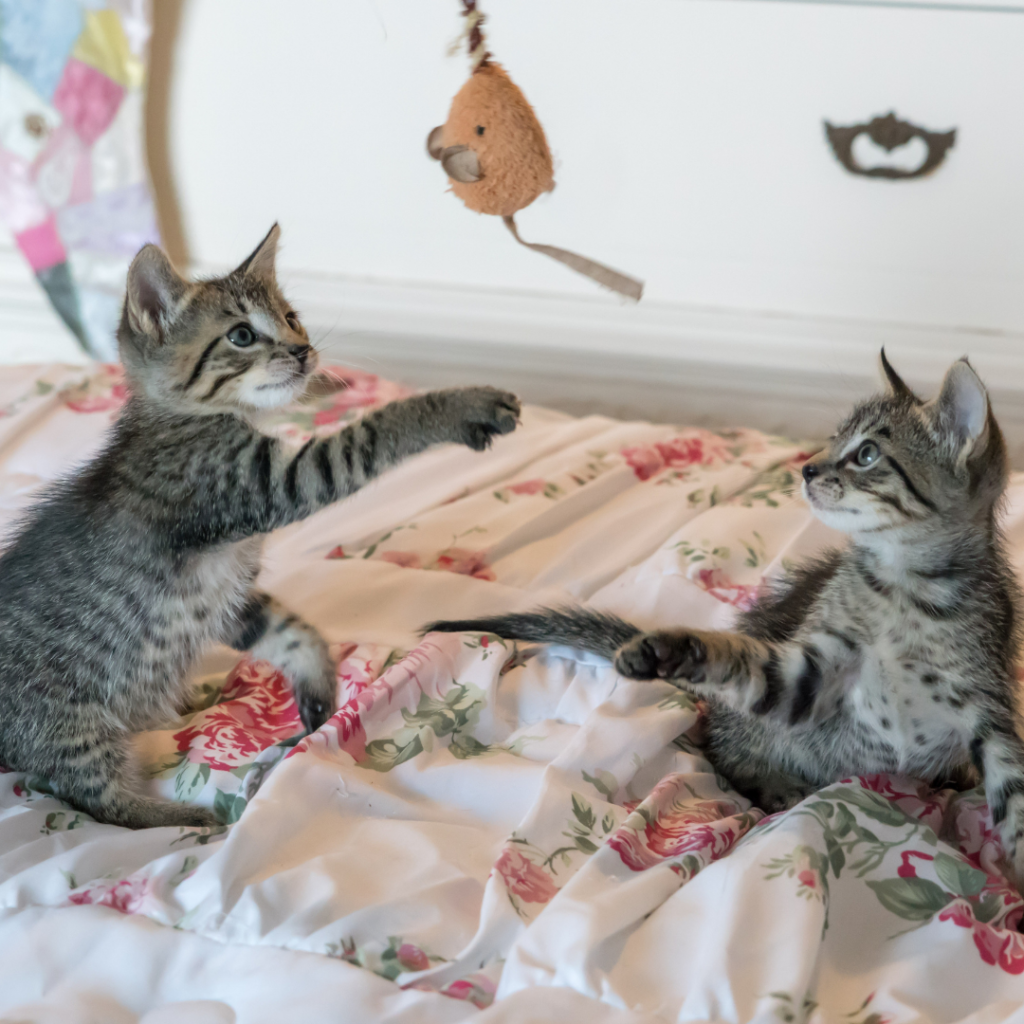 How to best engage their hunting instincts:

Interactive play is a key way to provide an outlet for a cat’s hunting instinct and mental capacity.  Daily play is very important for an indoor cat’s physical and mental wellbeing.  Yet, many owners do not have the tools or know-how to awaken the little predator in their cat.  Simply tossing glitter balls and fake mice around the house is not enough for most cats.  They need more realistic stimulation and more challenging targets. The best tools to use for active play are the “feather teaser cat toy, retractable cat Feather Toy Wand”. These toys put distance between your hands and the target, so they are safer and allow your cat to play harder without risking hand wounds.  It is important not to shake or wag the toy in front of the cat or hit it at their face. Movements away from their visual field are most enticing. Also, don’t try to make it one continuous sprint.  Play sessions should be more like interval training.  Alternate the “hard to get” movements that elicit intense sprints/leaps with plenty of slow movements or pauses to allow stalking and winding up to pounce.  Remember to let the cat catch the toy and revel in the victory and then pounce again.  Cats feel more secure and play more intensely on rugs and carpeted stairs compared to hard floors that have less traction.